In collaboration with Croydon Partnership, we have launched the Centrale & Whitgift Art Trail, celebrating local, artistic talent in the community whilst enlivening empty space in the centres.

We have eight brilliant art installations in various locations across Centrale & Whitgift shopping centres and all the artwork is inspired by music.

The installation’s theme, ‘Croydon Music City’, captures the rich history, diversity and creativity of Croydon’s musical ties. As part of the application process, each artist was asked to list three tracks that inspired them to create their piece. Visitors are able to access a specially curated playlist via QR codes, with each piece featuring a link to the artist’s specific tracks.

Come and see if for yourself and track each piece via our digital map.

Stormzy has always tried to elevate and support his community and amplify issues some are too afraid to identify. He uses his platform to ask the questions that may make some people feel uncomfortable. An electrical current does not depend on a light (Truth) to exist. But without a lightbulb, that energy flowing through the wall would not be visible. Without containers that reduce and limit its overwhelming force, electricity’s potential would remain invisible. I have used the colours of the Ghanaian flag to celebrate Stormzy and his families African origin, one ingredient of the diverse melting pot of cultures that is Croydon's population. 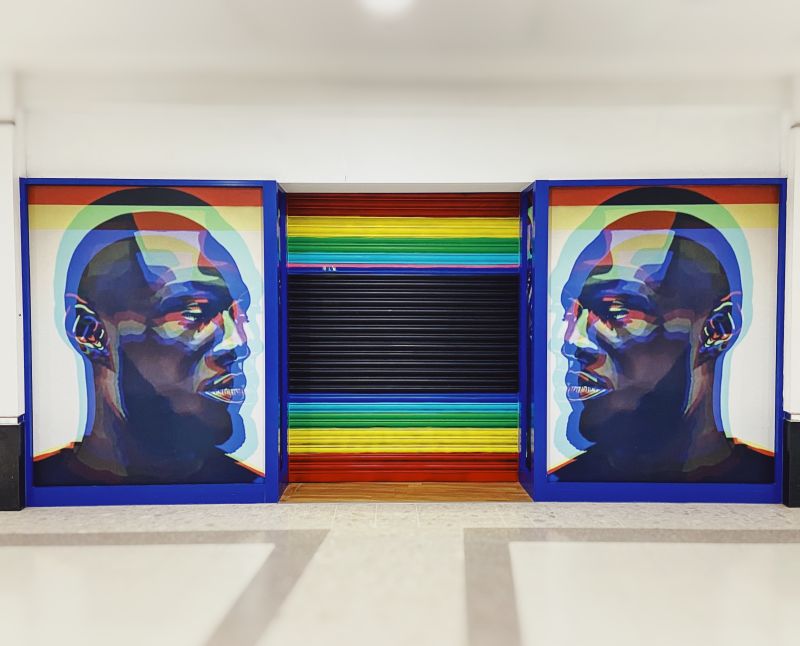 Birthplace of Punk by Julia Woollams

The piece visually fuses together punk, past and present – utilising the typical punk aesthetic of spray-paint and the bright pink and yellow punk colours from the 70s, with the graphic icon used in the Cro Cro Land and Croydonist logos (symbolising Croydon’s famous landmark No.1 Croydon), to create a bespoke modular typeface for ‘birthplace of punk’. 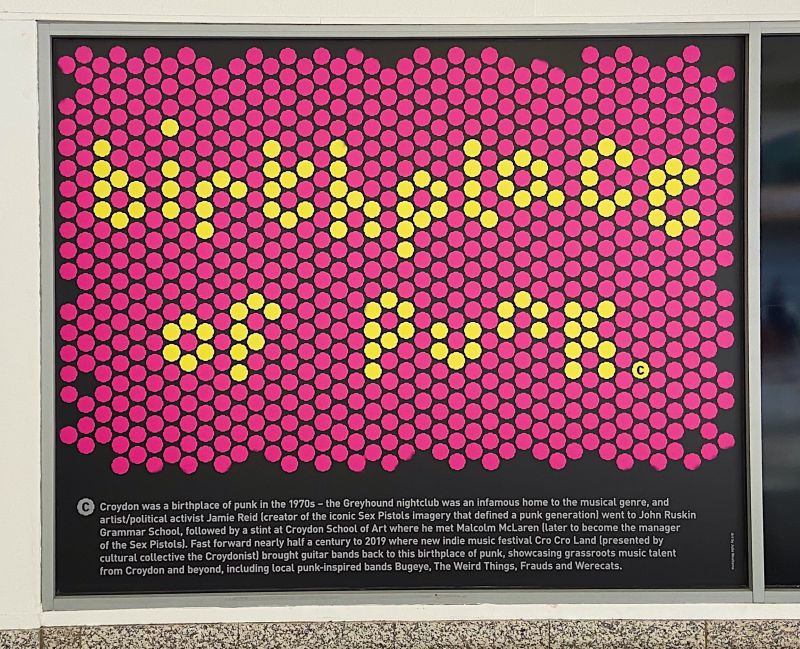 Never Mind The Concrete, The Talent Is Here by Wesley Baker

Inspired by the Sergeant Pepper album art, my murals are digital collages comprised of photos sourced from the internet. Cut out in software, the images of the subjects were composed to highlight the wealth of musical talent we have in Croydon, inspire others to see what has and is being achieved by fellow residents, as well as celebrate the lives and careers of members of the Croydon music community featured from legends like David Bowie to up and coming singer songwriters like Saatchit. 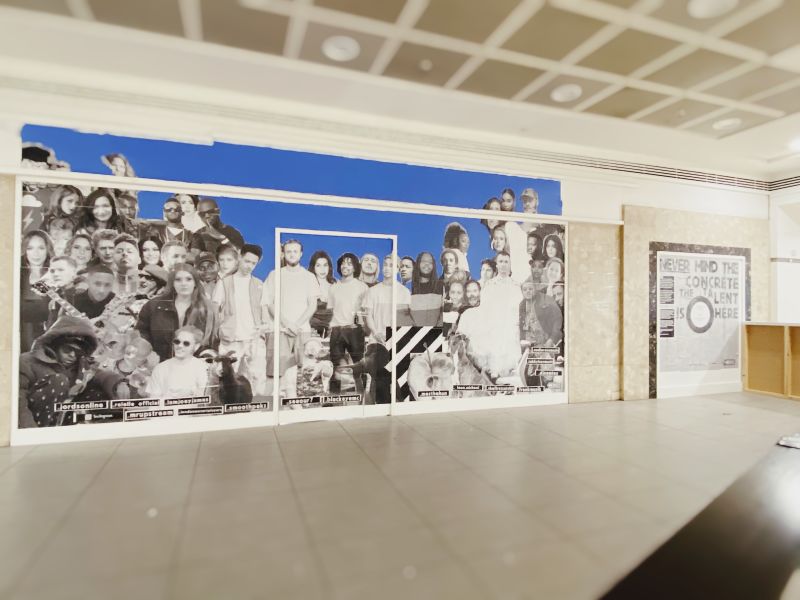 Soundscape by Play for Progress + ATMA

'Soundscape' celebrates the young people at Play for Progress in Croydon. It is an expression of the creative space we are nurturing within our community and represents the formidable power of being seen and heard. It is framed on the left by one of our young musicians playing a Kurdish Ney, and on the right by an open hand which invites us all to share and to be open to one another — a crucial part of making music. Between these images are representations (created and painted by our members) of what blooms in the room, our minds, and our hearts when we create together, and travel beyond words and borders to celebrate our togetherness here and now. 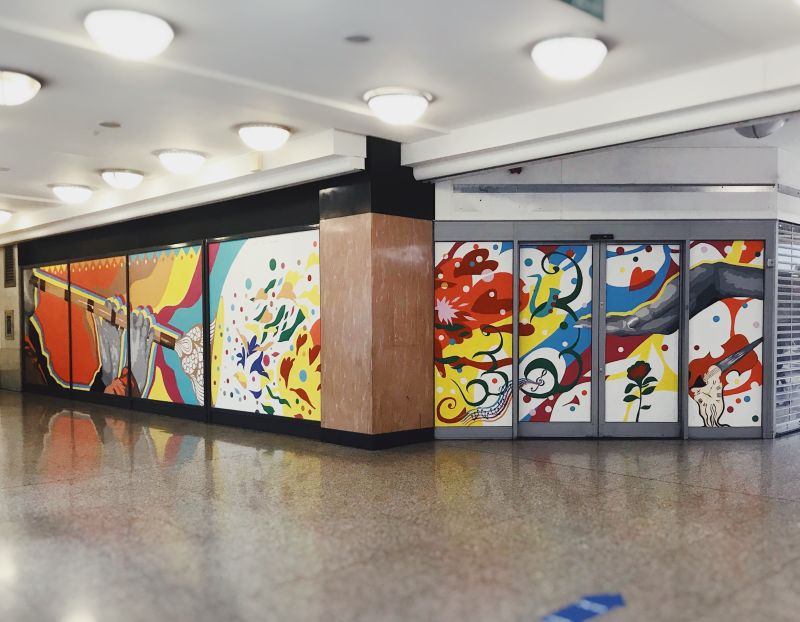 No Limits by Dani Yani

Croydon is full of promising young talent. Being in a town that is so full of stars and future stars is what makes Croydon a great music ecosystem. In the image you can see Stormzy placed in the middle looking upwards to suggest that ‘the only way is up’, but also he is the personification of “Croydon”. Stormzy being from Croydon and representing Croydon massively in his career, has made many aspiring stars in music understand that there is no limit. You can reach for the moon, stars and more. 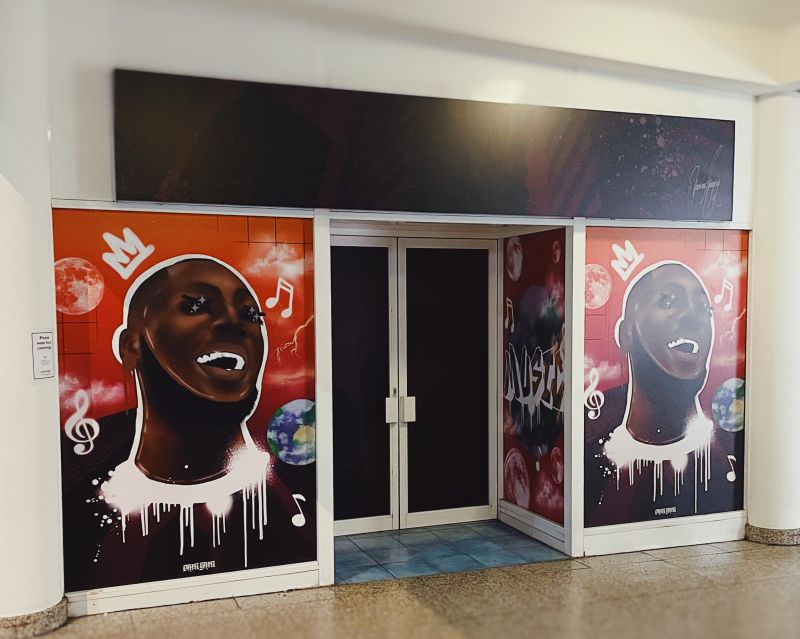 My piece is a commentary on how various individuals used music to carry them through the pandemic and how new skills were created as well as old skills being polished due to the long days spent indoors. I attempted to capture the layers that make up the sound of Croydon, from the guitar playing punk rockers to the rappers who freestyle on their way in and out of the borough. The person by the window singing is an example of how passers-by may sometimes become part of a live performance which often happens in the North End footpath. 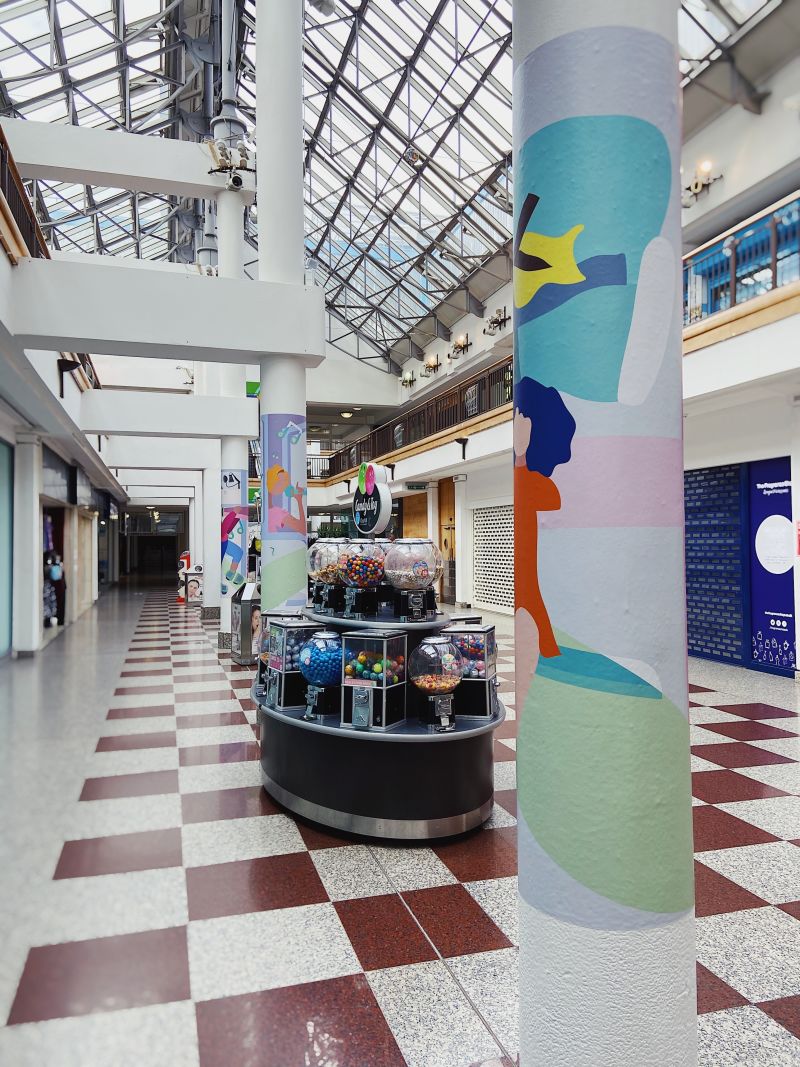 Samuel Coleridge-Taylor, who lived in Croydon until he died in 1912, was a composer best known for fusing African sounds with Concert music and being a civil rights activist in the United States. Much like Coleridge-Taylor's music, this piece is a fusion of styles inspired by the diverse cultures of the area that helped create the current underground dance scene. It's loud, in your face and playfully rebellious. I believe in embracing your inner child. The playful nature of the portrait aims to inspire childlike play and, more importantly, sparks your curiosity about the works of Samuel Coleridge-Taylor. 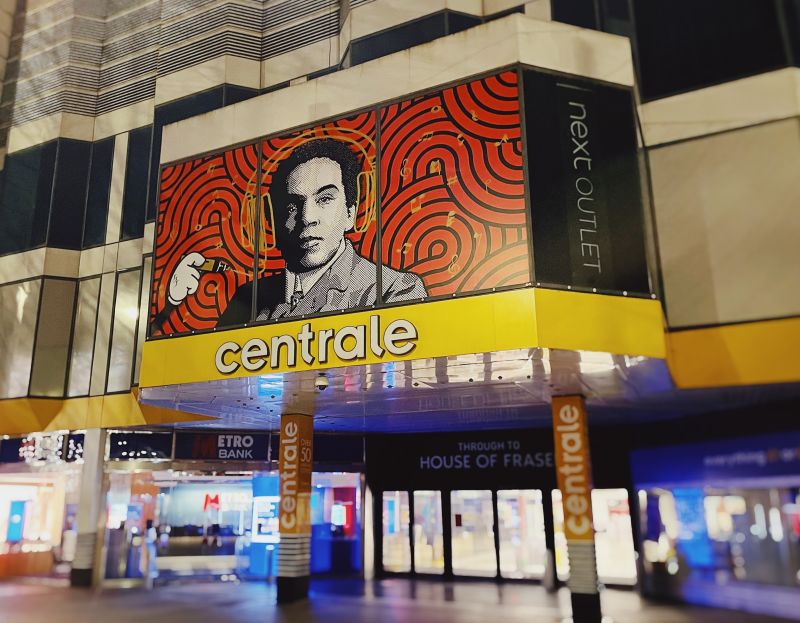 Croydon: The Sound of a Town by The Town That Love Built Gavin Kinch’s mesmerising retrofuturistic art has captured the imagination of thousands and is synonymous with the spirit of a dynamic, luminous Croydon. Having worked as a producer, live engineer and musician in Croydon, his pieces explore the expanding universe of music production by illustrating iconic buildings regenerating within a vast architecture of ever-evolving technology. 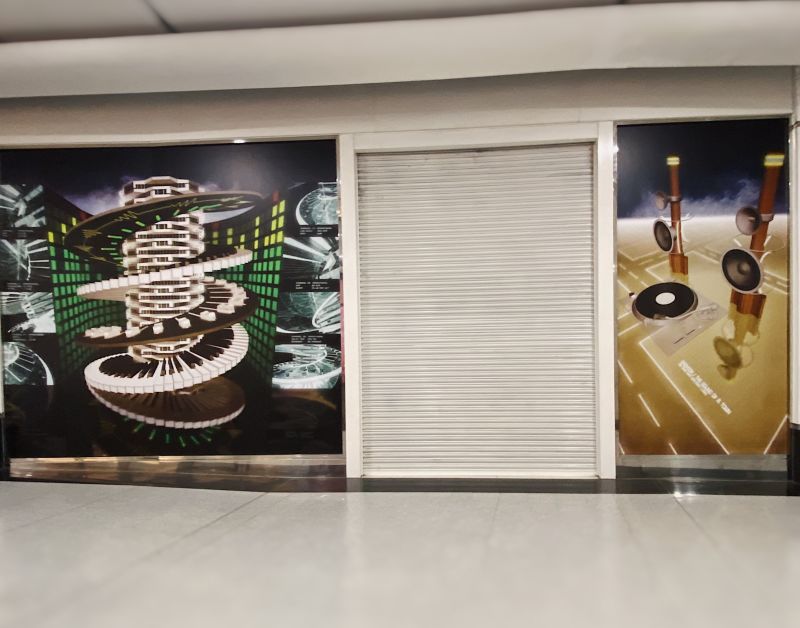